Christoph Willibald Gluck is one of those opera composers who is remembered today for a single hit opera, Orpheus and Eurydice, even though as a composer of operas he was both successful and prolific. Verismo heroes Mascagni and Leoncavallo are two other similar single-hit opera composers who instantly come to mind.

Fearless Opera NEO Artistic Director Peter Kozma gave San Diego opera buffs a chance to experience another portion of the Gluck repertory with a bold production of his 1777 tragedy Armide, which opened Friday, August 11, at the Palisades Amphitheater. His large cast and equally large pit orchestra gave a convincing and at times quite moving account of this gem of early Classical opera.

The story of Armide revolves around a battalion of European knights embarked on the First Crusade who encounter Armide, Princess of Damascus and a powerful sorceress, on their way to liberate Jerusalem from Muslim domination. Unlike other period operas on this theme, however, Armide is not about the clash of religions, but rather a kind of disputation between the contrasting virtues of military valor and romantic love. 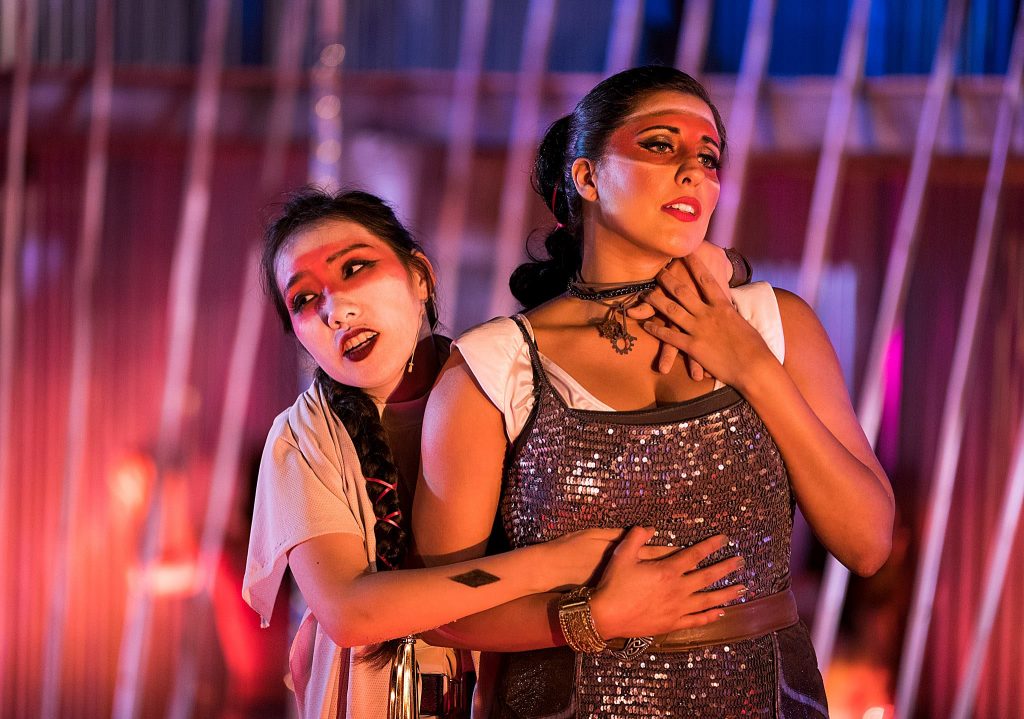 Armide uses her to magical powers to cast a spell on Renaud, the handsome young leader of the Crusaders, captures him, and brings him back to her sybaritic palace. For the remainder of the opera, Renaud’s compatriots essay to rescue him from captivity and the Queen’s spell. They succeed, and Armide is left—like so many soprano heroines—sola, perduta, abbandonata.

Opera NEO’s lead singers took to the challenge of this rarely performed French opera with zeal and laudable vocal success. Soprano Samina Aslam’s ample voice displayed the requisite range of colors to embody the gamut of emotions her character displayed, although she was most persuasive in furious declamation. As Renaud, Blair Remmers’ brilliant, slightly edgy tenor as well as his dramatic command of the style portrayed well the valor of his character. At the beginning of Act 5, the rapturous love duet between Aslam and Remmers proved one of the most rewarding dramatic highlights of the opera. The French label the role of Renaud as “haut-contre,” indicating a very high but supple tenor voice—unlike the stentorian German Heldentenor designation—and I though Remmers fit this role perfectly. 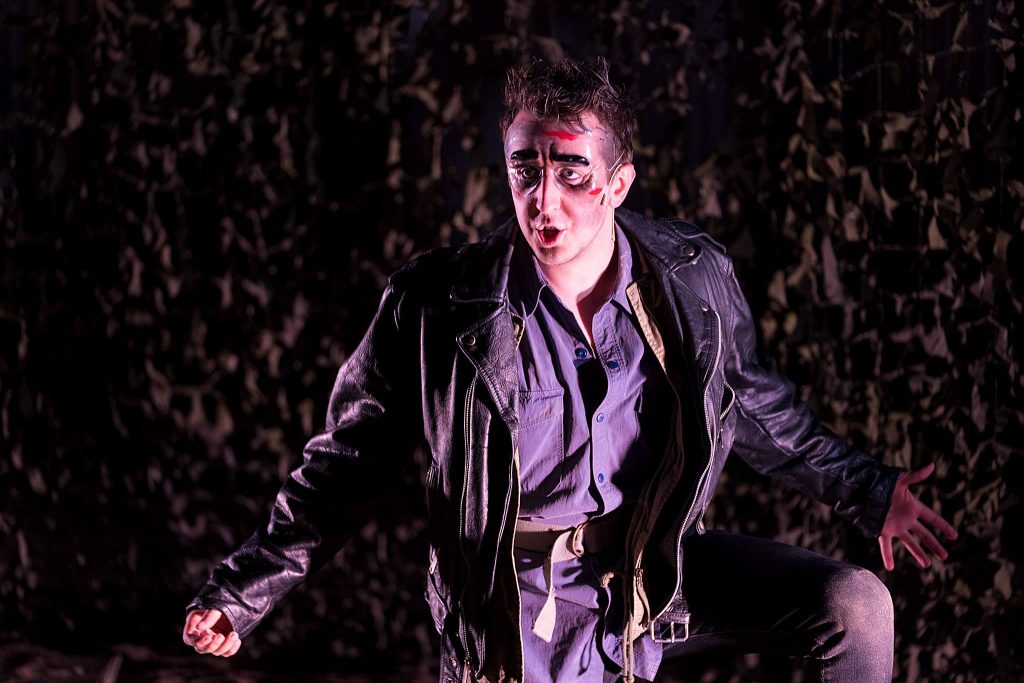 The strong voices of soprano Naré Yang and mezzo-soprano Ella Joyner Horn as Sidonie and Phénice—two of Armide’s confidantes—surrounded the lead soprano with sumptuous garlands of melodic support. A pair of Renaud’s crusaders, tenor Cody Arthur and bass-baritone Patrick Murray gave winning performances as antic but well-timed comic relief in a scene where two demons impersonating their distant lovers attempt to ensnare them. Are we surprised that Gluck wrote the demonic parts for sopranos? Sopranos Catherine Sandstedt and Jessica Trainor employed their passionate, seductive voices to great effect in dulcet cantabile lines, but in the end the two crusaders escaped their trickery.

As the otherworldly creature Hate, mezzo-soprano Kristin Starkey gave a compelling interpretation of the wrathful demon Armide consults, but Starkey’s voice was a bit covered for my taste. A brighter edge would have been more in character. I thought Joshua Arky pushed his bass-baritone too much as Hiradot, Armide’s uncle, but as Pleasure, Catherine Sandstedt’s velvet soprano certainly incarnated sensual delight. Chorus Master Michelle Alexander trained the singers of the festival chorus well, and their solid body of sound coming from their modest number effectively and joyfully buoyed Gluck’s large ensemble scenes.

Peter Kozma conducted with sympathy and finesse Gluck’s gorgeous score, orchestrated in the French taste with plentiful woodwinds enriching the palette of sweet strings. An orchestra of 28 excellent players, their warm and highly disciplined ensemble was the best crew this company has presented over its several seasons. Flutist Kristen Kort’s obbligatos added supple vibrancy, especially in Renaud’s second act aria “Plus, j’observe ces lieux” and the fifth act ballet, although the choreography, folks walking gracefully in concentric circles, seemed wan.

Stage Director Stephanie Havey found a way to keep her singers moving, even when the score fell into moods of lovely stasis. I did not quite get the symbolism of the long poles that nearly everyone carried throughout the opera, but perhaps they stood in for weapons or banners. In any case, Havey did fined clever ways to employ them, especially to imprison poor Renaud in Armide’s spells.

If you believe the maxim, “less is more,” Dan Daly’s uncluttered, open set was gargantuan. The use of a massive, military camouflage cover as a scrim that pulled up over the stage as a canopy, however, was a stroke of ingenuity. Vanessa Stewart’s costumes evoked the 12th century with silvery fabric that suggest medieval coats of mail and then flowing headscarves for women of Armide’s court to suggest the Arabic desert culture. But nothing was too exact a replication of historical styles to prevent ease of movement, a definite plus in my book.