San Diego, CA October 29, 2019 – For the fifth year in a row, the San Diego Press Club awarded “Websites: Entertainment Site” to our very own SanDiegoStory.com.   Judged by 11 other press clubs from around the country, this award comes with a very credible objectivity and focus on the quality of the work.  The site was founded as Critics LLC in 2012 by the five partners: Welton Jones, Ken Herman, Kris Eitland, Bill Eadie and Mark Burgess. (History of the site)  We cover as much of the vibrant professional performing and exhibition arts in San Diego as we can with a combined years of experience unparalleled for critical arts coverage in San Diego.

The writing staff and the site overall presented prominently among the journalists at the San Diego Press Club Annual Awards at the Jacobs Center  for Neighborhood Innovation in Southeast San Diego.

Bill Eadie won 3rd place for Online and Daily newspapes: Essay/Commentary/Opinion with his musing on San Diego’s theater scene in “Can San Diego Go From a Good to a Great Theatre Town?”

Kris Eitland scored a 1st place in Online and Daily newspapers: Feature – Light Subject with her report “Ringo Starr Gets By With Help From All Star Friends at Harrahs; We Get High on Variety, Nostalgia” Rocking the category Online Daily newspapers: Reviews: Live Performance, the sandiegostory.com staff took 1st place with music critic Ken Herman’s piece “Vibrant, Probing Production of ‘All Is Calm – the Christmas Truce of 1914’ at the Balboa.” Kris Eitland tied with herself in 2nd place with two pieces “Glorious Dance and Music in ‘Requiem’ Triple-Bill Marks City Ballet’s 26th Season” and “Jumping for Joy in High Heels with Joffrey Ballet.” And Bill Eadie tied for 3rd place in this crowded category with his opera review “SD Opera’s Figaro Delights in 2018-2019 Season Opener.”

Dominating another popular category Online and Daily newspapers: Reviews: Theatre, Story’s Kris Eitland was awarded 1st place for “Nora is Riveting in Relevant ‘A Doll’s House’ Sequel at REP” and Bill Eadie tied with Story’s own Welton Jones for 3rd place.  Bill’s piece “Gales of Laughter Erupt at NCRs ‘Forum‘” matched Welton’s “Sleek ‘Much Ado’ Takes a Mediterranean break At The Old Globe” in the eyes of the judges from around the country.

And the site itself received honors in the Websites: Overall Use of Design with a 3rd place finish behind 1st place Salk Institute and 2nd place Ranch & Coast Magazine.

The site and its writers have won awards for every year we’ve been eligible to enter. 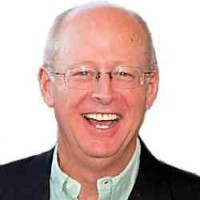